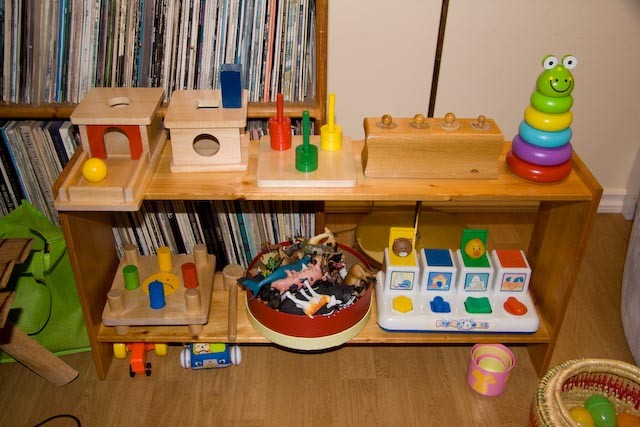 Last year in Art class, the children took a virtual trip to Paris.  While they watched an hour long video that someone took while on a walking tour of Paris, the children cut out, coloured and set up their own mini version of that city.  Of course, they all wanted to make a city at home so I emailed the link to their parents.

If you have a bit of time, explore around this website.  It is called Made by Joel and it can be found here.  It is full of wonderful things the children can make at home.  Just the sort of thing parents need when it is time to turn off the television. :-)

One mother sent me some pictures after following the link.

Here her older boy colours one of the printouts.  Then he cut them out ....... 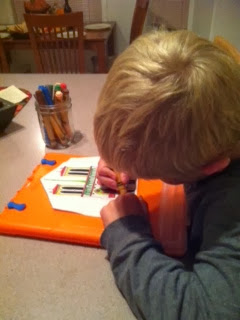 and set them up.  His own mini version of Paris. 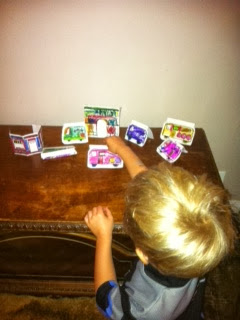 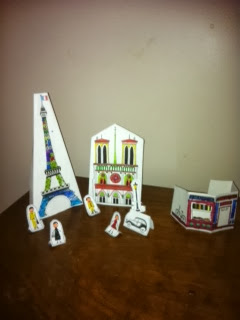 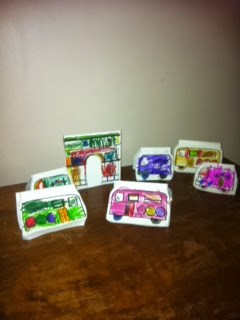 Do yourself a favour and check out Made by Joel.  Print out some of his free templates and have them on hand when you need something to keep the children engaged or, better yet, sit down and create something with them!
Posted by Cynthia Dyer at 7:30 PM

This blog is dedicated to all parents who wish to incorporate the Montessori philosophy into their homes. The photographs are from families in our school who embrace Montessori and strive to help their children toward independence.

Being a Montessori parent means...

Ø observing your child on a regular basis (see this post)

Ø including your child in every aspect of family life

Ø slowing down and considering your child's developing needs

Ø fostering the same independence at home as at school

Ø doing your very best to refrain from slapping, threatening, or shouting

Ø ensuring you have not put your child into a Montessori school in order for them to get good grades when they go to "real" school. (There is sooooo much more to Montessori than that!)

Ø understanding that authentic Montessori schools are not babysitting services. (We call the 3 – 6 classroom "Primary" because that is what it is – the first and critically important years in a child's school life.)

Ø understanding that if you pull your child out in the middle of a three year level, they have NOT had a Montessori education. Taking a child out of a Montessori classroom to go into a public Kindergarten class takes away the child's leadership year.

Ø really trying to understand the Montessori philosophy. ( There are so many books written by so many different people that there is no reason NOT to read more. )

Ø understanding what your long-term goals are for your child and how those goals are going to be achieved.

Ø asking yourself "Are my everyday practises helping my child grow into the kind of person I'd like them to be?"